It is an important part of your vehicle’s electronic fuel injection system. It goes between the air filter and the engine intake manifold.

The mass air flow sensor determines how much air is flowing into the engine, often known as the air flow rate. It may fail, in which case you must reset it.

The answers to these questions, as well as how to diagnose a flowmeter malfunction and reset the mass airflow sensor, are provided below.

Why Is It Necessary to Reset the Mass Airflow Sensor?

After replacing the MAF sensor, there are some steps you must take to keep it working efficiently.

A defective mass airflow sensor can cause the Check Engine light to light up. The check engine light may illuminate if the ECU is not reset. This is due to the ECU not receiving accurate information from the MAF sensor.

When the mass airflow sensor signal deviates from the expected range, the ECU registers the fault and stores the corresponding error code, including the “Check Engine” indicator on the instrument panel.

By resetting the ECU, you can clear any codes that may have been saved in the ECU memory.

To relearn the air or fuel mixture, the ECU must be reset. If you do not do this, your car may run lean or rich, resulting in an improper air fuel ratio. This can result in car engine damage. Here is how to fix reduced engine power.

There are several ways to reset the MAF sensor some of them are described below:

The battery should then be disconnected from the ground line. The sensor can then be connected to its wiring harness. Then, restart your vehicle’s system. You must now attach the sensor. The engine can then be started.

2. Starting the engine at idle speed

Idling the car is another method for resetting the MAF sensor. The ECU will also be able to relearn the fuel-air mixture as a result of this. Start the car and let it idle for 25 minutes to an hour to do this.

Then, put the automobile in drive mode. Then switch off the car, wait five minutes, and drive! It’s better to perform this on a level surface, but it should work on a slope as well, provided you keep your RPM reasonably flat.

3. Make Use Of A Screwdriver

The MAF sensors are easily accessible, although certain sensors are more difficult to reach than others. If accessing the MAF sensor by hand is difficult, use a long screwdriver to push the reset button.

After pressing the button, remove the screwdriver and reset the sensor. If your sensor isn’t operating properly, see an expert.

To accomplish this, locate the car’s gasoline tank and the fuel injectors. Disconnect them one by one by turning them off and then back on. This will take roughly ten minutes.

What Happens if the Mass Airflow Sensor is Disconnected?

If you remove the mass airflow sensor from your automobile, it will still start and function properly enough to be taken to a repair facility.

If left ignored for a lengthy period of time, it can become confusing and beyond repair, and it will start to influence your car’s spark plugs, leading it to malfunction.

You should hire an expert mechanic to replace the mass air flow sensor, or you may do it yourself by following the steps below.

If the car’s mass airflow sensor is faulty or dirty, it will naturally not give the correct readings to the engine control unit. The result is obvious – the optimal amount of fuel will not be supplied to the combustion chamber.

What are the indicators that it is time to reset the MAF sensors:

Under certain circumstances, if the mass airflow sensor begins to malfunction, the vehicle’s engine usually begins to go into emergency mode (crash program). Typically, the “Check Engine” light appears on the dashboard at this point.

Naturally, in this case, there is a decrease in the power of the engine itself. To let the owner of the car know that the engine has gone into emergency mode, an invented icon is lit on the dashboard: “Check Engine.”

Usually, when there is a MAF sensor malfunction, the symptoms and indicators range from loss of power, loss of smooth running, and instability of engine rpm at idle to misfires in the ignition switch system and improper exhaust.

Sometimes this sensor failure can cause black smoke to come out of the exhaust.

3. Strange Noises From The Engine

While driving, your vehicle’s engine will emit weird noises. This can also be caused by malfunctioning the MAF sensor.

This is a major issue since it can create significant discomfort and difficulties when driving and navigating.

As a result, if you are experiencing any of the above-mentioned feelings, you should get your MAF sensor examined. If there is a problem with this portion, it is preferable to find out as soon as possible.

The part may need to be carefully cleaned or replaced entirely. When you replace the MAF sensor, you should reset it.

The regular fuel economy of your engine will be lowered. Faulty mass airflow sensors can significantly reduce gas efficiency. This is due to the sensor’s function of transmitting air consumption data to the vehicle’s engine.

The engine needs this to determine how much fuel it requires. It’s easy to see how a faulty sensor can have such a negative impact on fuel economy.

You must prioritize taking care of your vehicle and extending its life. Many sensors can detect abnormalities under the hood of your car. These sensors can malfunction for a number of reasons.

The ignition chamber relies heavily on the proper flow of air and the amount of fuel. It is critical to maintaining a balance between fuel flow and air flow. If your engine receives too much gasoline but not enough air, it will be destroyed.

You should be wary of false alerts before attempting to replace your car’s MAF sensor. You should double-check to ensure that the cause is indeed the mass air flow sensor.

How to prevent bad MAF sensor

How to Clean the MAF Sensor?

For example, in circumstances when the source of inaccurate amount of air entering the engine is primarily attributable to mass airflow sensor contamination.

However, caution should be exercised when cleaning the MAF sensor in this manner, as the sensor components are extremely sensitive to the touch.

Special automotive cleaners are used to clean the mass air flow sensor. However, in order to clean the sensor, it must be removed from the vehicle.

After washing and drying, it is reinstalled on the vehicle. In this scenario, it is also required to inspect the air filter. If it is also filthy, simply replace the filter.

The cost of the mass airflow sensor also depends on the model of the car. Approximatively cost of the MAF sensor is between 120$ to 400$.

You should have around $50 for various automobile models. It might be less depending on the technician that fixes it for you.

You must evaluate the car’s model as well as your area. If you’re worried about the expense, you may always compare the prices of several mechanics.

How long does it take for mass air flow sensor to reset?

The mass air flow sensor measures the volume of air entering the engine and provides an exact assessment of how much fuel is required.

The MAF sensor resetting usually takes approximately 25–30 minutes so that there is no more interference from the coolant. It is, however, dependent on the brand and model of your vehicle.

How do you trick a mass air flow sensor?

You can trick your MAF sensor first; you’ll need a unique sort of tubing that’s the same size and shape as the MAF sensor.

This tube is similar to the air flow sensor; however, it must be constructed of metal rather than plastic, as the mass air flow sensor is. When you have this tube, put it in front of your car’s ignition source.

You will heat the MAF sensor to the same temperature as the fuel-air combination that typically flows out of your car’s exhaust pipe by inserting it there.

How do I know if my mass airflow sensor is not working?

Unfortunately, the mass air flow sensor is frequently the source of faults in the car’s electronics, which eventually impact the engine’s functioning.

For example, if the car’s air flow meter fails, the engine will no longer operate in its ideal mode.

As a result, and in most circumstances, the engine enters emergency mode, and the warning light “Check Engine” shows on the car’s dashboard.

The mass air flow sensor is an important part of your vehicle; if it malfunctions, it is recommended that you replace it as soon as possible.

As a result, a bad MAF sensor produces a number of drivability issues, such as no starting, engine stalling, a lack of power, and inadequate acceleration.

An issue with the mass air flow sensor might also cause the automatic transmission’s shift pattern to alter.

This article taught you all you needed to know about mass airflow sensors and how to reset them. 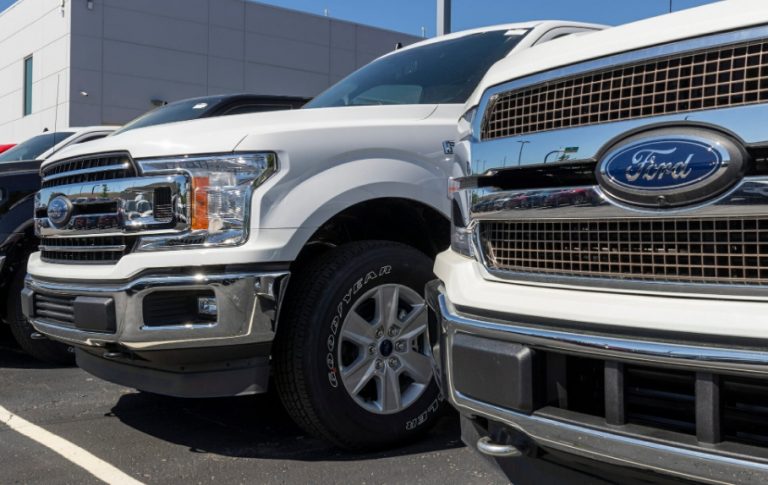